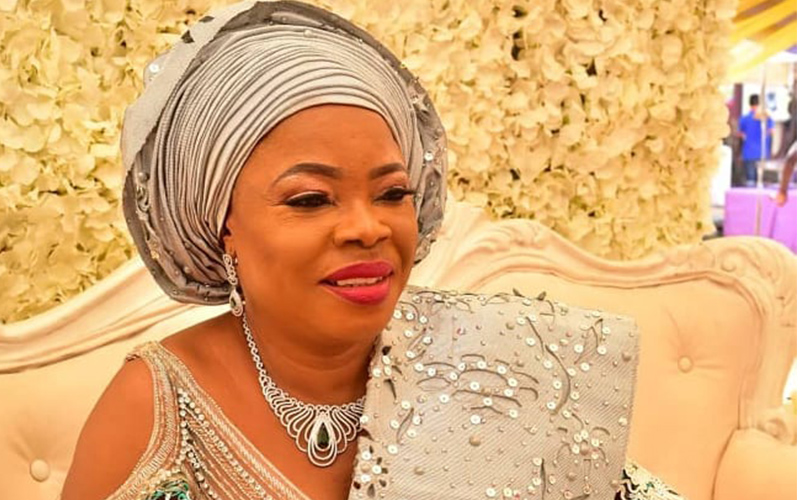 Mrs.Adebola Kolawole was born on the 22nd of November 1958. She is native of Erijiyan in Ekiti State, Nigeria. She holds a bachelor’s degree in Business Education, from Ahmadu Bello University, Zaria and a master’s degree in Public  dministration, from Lagos State University, Ojo, Lagos. Mrs. Kolawole worked for Lagos state government for 35years meritoriously.
She served as a principal in Ojodu Junior Grammar School from 2010 to 2015, in Ikeja, Lagos state, where GHAI first met her. During her time at OGS, she bagged various awards for the state, the school and herself amongst which include :
 Best School in Lagos for a few years including 2012, 2013, and 2014

She became the Principal of Babs Fafunwa Millennium senior grammar school, Ojodu Lagos state from Dec. 2015 until her retirement in November 2018. Due to her passion, diligence, consistency and hard work, Mrs. Kolawole went beyond what was required of her, in collaboration with GHAI to ensure her students were well catered for.It was therefore no surprise that she won awards again including
 The best senior school principal in 2016 and 2017 in education district 6.
She has also won the 2017 Lagos State Outstanding Civil Servant of the year, Public Service Award. With a lot of awards to her name. We Celebrate and acknowledge the tireless efforts of a Humanitarian to the core. Please join us in celebrating Mrs Adebola Kolawole, 2019 GHAI Hero